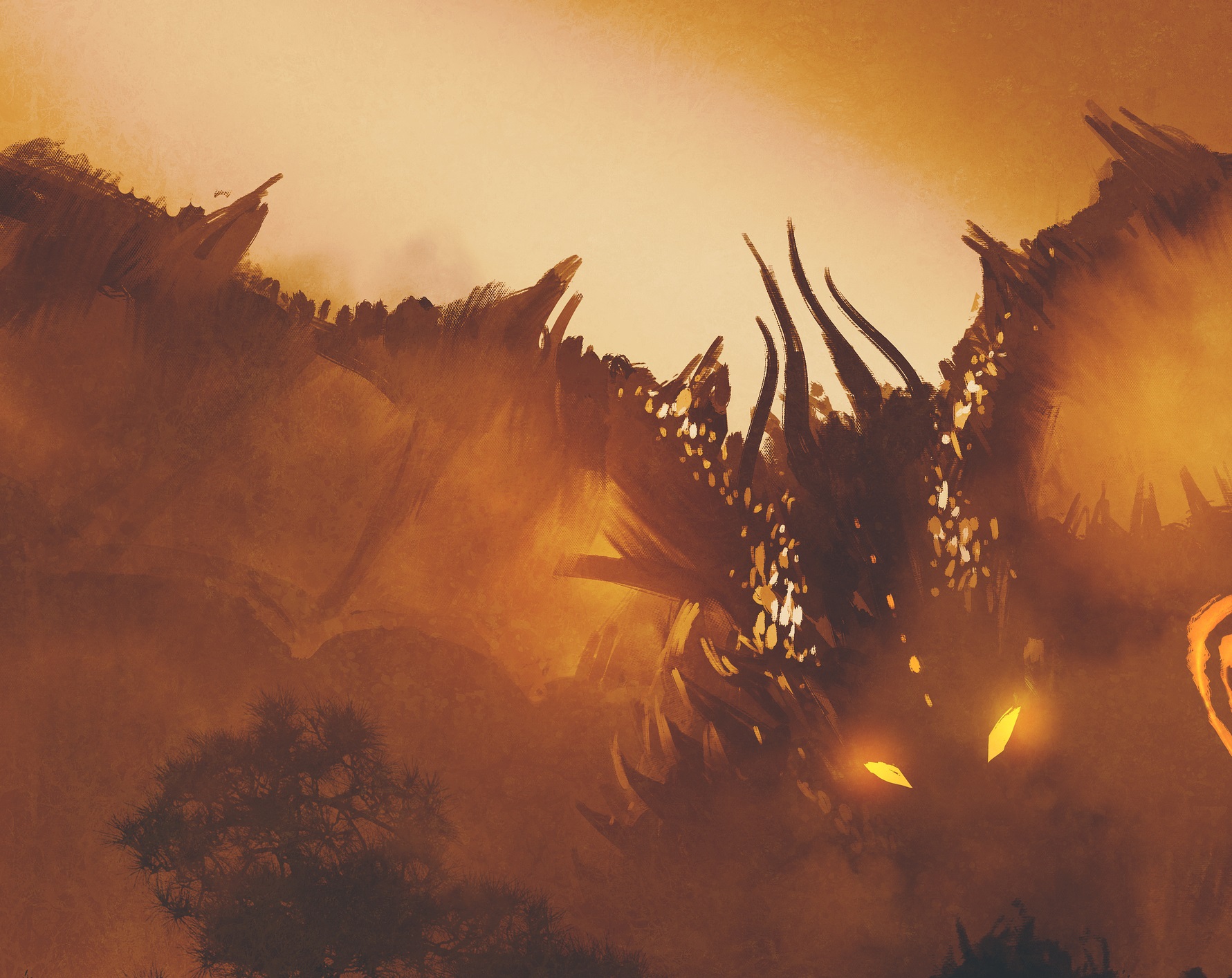 (From the barely-heard song of a Dragon whose name we do not know, but whose mind can be felt from very far away)

I am the kind of dragon never featured in your dreams
(if you remembered me, you’d never from your dreams Escape.)
Because your world’s a tiny one, made of fragile things
And stuck together with bits of plastic tape.

I am the kind of dragon that’s the lizard in your brain,
Setting off the deep instinct to run.
Stretched out in full,

I’m a dragon who is bigger than your world.

Be grateful I’m content with the moon
And do not
(currently)
plan to eat your Sun.

Some thoughts on Dragon villainy, by Jeff Mach:

I’ve found myself writing a lot of side poetry while I work on the novel. I think there’s something about putting together a longform piece that makes a part of my head want to shoot out short, snappy little bits.

Dragons are curious beasts.  Why do we so often see Dragon-as-villain? Why do we fear the mind of a Dragon?  Some writers feel they hypnotize you with their eyes; some think their thoughts can invade yours through the complexities of Dragon speech.  Some think we fear the fearsome body; but I say, it’s the brain.

I have a theory about Draconic thought:

There is a particular monstrosity to seeing sentience in a nonhuman body–and more than that, to seeing a sentient mind which is unlike that of humans.  But why should they think like us?  They are far older, and have long had spellcraft instead of thumbs.  They mate differently, and form different tribes and nations.  We know they’re not like us.  But are they evil?

Or are they sentiently alien, such that their Dragon brains looked at the small prey which is humanity, and decided that it would hardly be cannibalism—more like grocery shopping—if such things were meant to be meat?

Humans don’t believe we should treat sentients that way. But is that because we are more moral…or because just ain’t got the teeth to do otherwise?

Sure, Dragons want you to think that…

Great Lizards are easy foes to love because of their strength, but I find it strange when I see humans fearing clowns or chainsaw-wielders, and not the beasts which originally inhabited this planet, and which will someday take it back.

This is not like any Dragon, real or imaginary, in my book. In fact, I hope to avoid meeting this particular serpent altogether.

(But hope is cheap, though, whereas Dragons exact quite a heavy price…)