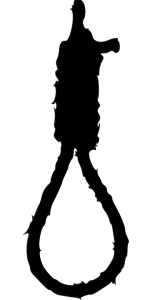 At the risk of immodesty, I will speak a bit of what we do, of our most illustrious and high-minded trade.  Ours is one of the most venerable and most essential professions: we are from the long lineage of those engaged in the making of gear to hunt witches.

It is a highly skilled trade, as our tools are extraordinarily and extremely specialized.  They have to be; witches are essentially, by definition, quite hard to detect.  They look just like everyone else.  And indeed, they are “everyone else”. Or, more specifically, they are humans, living among other humans, no original differentiation between them and the rest—with one singular and critical exception: they have wicked, impure hearts, and a lust for the unnatural, which drives them to seek contact with the forces demoniac, and trade their souls for power.

Our work is most challenging. We devise equipment for breaking through a deception so subtle and complete that, while it can be spotted by amateurs, it can only be distinguished properly by professionals.  To give but one example, finding the Witch’s Mark, the spot on a Satan-claimed body which feels no pain, is not at all easy.  A good actress (and most witches are excellent actresses, good at protesting innocence even in the face of the most unthinkable crimes; they’re predators whose mimicry is impeccable)—why, a good actress could simply pretend that every place on the body feels pain.  If the whole body can feel pain, then there is no Witch’s Mark, and thus no witch; quid erat demonstratum.

Our Witchmark Pins evade this through having mildly retracting tips; they bend inwards, pricking the skin only in the last instant of contact.  With properly trained use (and training costs only a pittance, and we’ll provide it on the spot) – the effect is hypnotic.  The witch is lulled into forgetting to remain alert, to stay on guard for that transition between the moments of feeling pain, and that damning instant when there’s no sensation.  You find it, at last, and aha! One more ally of the Devil will fall to the noose, and the community is just that tiny bit cleaner.

Oft-derided is the Dunking Stool.  It’s sometimes noted that none wish to drown, and witches, who breathe under water, need again merely act out the part of those who are being asphyxiated through the process of liquid entering the mouth, nose, and, eventually, lungs.  Certainly witches can do that; they’re deviously cunning.  But they’re faking, and we can tell.  Our stools not only provide better leverage than would any makeshift effort (do you know that there are communities where they simply tie the witch to a chair and lower it into the water by hand?  Unscientific!  And a waste of a good chair!)—but in addition, our dunking devices have cutaway edges, so that you can peer down them properly and catch even the most subtle effect, one which might be lost on those using more amateurish methods.

Expert tip: A human woman gasps at certain times and in certain ways, in a pattern—sputter, sputter, breathe, sputter, gasp.  The witch, in contrast, sputters approximately twenty to thirty per cent more, because she doesn’t really need to breathe and is laying it on too thick.  You might think it would be difficult to sense this difference.  But with our extraordinary craftsmanship and the right education (we can sell you a handy pamphlet to explain the whole thing)—you’ll never miss a witch.  Well, you’ll miss one or two, but we can assure you that statistics, backed by experts in the field, have proven that our tools lead to at least one fewer accidental drowning in every seven.

(As always, we mourn for those very, very few true humans who are lost in the exploratory process; they are, each one of them, quiet heroes, fallen like soldiers as the inevitable casualties in an ages-old spiritual war. We’ll even say a prayer or two for them. It won’t help their bodies, in their unmarked graves, but it should be of assistance to their souls, and that’s what really counts.)

Speaking of that: prevention of waterlogging is especially important if you want to burn your witches, as some communities do.

(And really, you should! What an impact!  Most particularly if you use our carefully-collected, artfully dried, guaranteed fire-starting logs, at prices nearly competitive with some of the finer wood available to more affluent communities, you’ll see spectacular effect.  So many bright lights and colors! It’s a bit like a party.)  Don’t deny yourself, or your congregants.  There’s such a difference in public morale between seeing a bedraggled, liquid-blurred body, just lying there…versus taking in the glory of a woman of Satan, fully ablaze, surrounded by black smoke and orange flames which can be seen for miles, while your local representative of spiritual authority reads inspiring passages from the Testaments, old and new (we have a specially-prepared, lovingly annotated hymnal for this; the price is trifling.)

Do you think this is easy? It is not.  We perform an invaluable service for Mankind, and it is based on centuries of hard work and study.  For example, witches lose their souls, that thing which lifteth up a man from his place in the dirt of this world and maketh a part of him spiritual, pulled heavenward.  Ergo, their specific gravity is higher than that of the righteous; that is the soundest of scientific sense.  Thus it is that the oft-maligned Dowsing Rod is perfectly proven.  All know that the proper wood can sense anomalies, such as underground water or, in gifted hands, gold.  So too, if calibrated correctly (our calibration services are yours for a pittance!) – the rod will find the creatures of darkness among you.

We are sage guardians of a wisdom essential to the vigorous and ceaseless battle against occult forces.  We ask little, only that we may continue to serve.

We admit, we face a challenge.  Our obscure but learned art cannot be allowed to die.  And we ourselves are honest, upstanding citizens who must feed our families, pay for our homes, make sure our clothes are appropriate to our stature, educate our children…and leave them trades.

It’s a weird little irony.  Succeed completely, and we’d lose everything.  The end of witches is devoutly to be wished, of course; we often say that we look forward to putting ourselves out of business and living in a pure world.  And yet, in destroying all things malign, we would end centuries of our benign assistance to the human race.  How silly it would be to have purified the world, and to find ourselves with no gainful employment with which to make our way therein, haha!

Which reminds us.  It’s the end of the month.  The rent will be due soon.  And we’ve had our eye on a new cloak; one cannot lose the dignity of our august office by appearing in some threadbare old thing we wore last month, eh?

And it’s been rather quiet around here.  Not much in the till.  Mmm.  Mmm.

This thing has been passed down from witchfinder to witchfinder: evil is very difficult to vanquish.  And while we hope to see it ended in our lifetime, we are not likely to be the fortunate generation.

That quiet, which has brought a dearth of customers to the door—it’s a sign.  An indication of the subtlest darkness.

That means it’s time to pull out the old dowsing rod.

I’ll feel it.  The little vibrations in the hands which will lead me to some verminous, two-faced thing, someone who appears to be just like the rest of us, but who endangers the spiritual health and physical safety of all.  I can sense the tugs.  I feel the pull.  I wonder whom it shall be this time.

We do necessary work.  And at prices which are extremely reasonable. There are very few serious objections to the bills we present, or the many, highly affordable amenities we offer.  Oh, one or two have campaigned against us, but they had obvious motive, and our methods showed them for what they were—the agents of Satan, attempting to stop us so that they might abscond with the virtue of our communities unmolested.

They will trouble no-one on this earth again.

We have a 100% rate of satisfaction these days.  No-one complains, because they see how important this work is.  We—wait, what-ho, the rod hath pointed to the Mayor!  The very Mayor!  It’s not impossible.  Witchcraft can be anywhere; it can happen to anyone.

Still—he is a very solid man of means.  Sometimes, a witch enchants such a man and casts the glow of evil upon him. We can remove that spell, using the most modern of methods, and the most reasonable of sums…and find the real spell-brewer.  Oh, she’ll pay for this bold perfidy.

We’ll go have a chat with his Lordship, drink a civilized drop or two of his antique port, see where the monstrous influence lies. There is no need to thank us. We live only to serve. And if need be, you can always pay on the installment plan. A pro tip: Wise communities seize the property of the witch, in order to cover any unpleasant costs.  Sometimes it’s tainted by evil, but we can get rid of that.

For a very, very modest fee.

The Dark Lord Jeff Mach frequently seeks new, interesting ways to rewrite this part, and then often ends up just shifting a few words around and hitting “Publish”. Don’t tell anyone.

Jeff is a writer and creator who has long aspired to be the sort of person who neither needs to promote his other work at the bottom of his short stories, nor need speak of himself in the third person. Sadly, in both regards, he has failed.

If there isn’t such a thing as Villainpunk, we should invent it.  Click here to find out more about Evil Expo, the Convention for Villains.

If you’d like to read about, and probably not be eaten by, several copies of, my darkly satirical fantasy novel, “There and NEVER, EVER BACK AGAIN,” click here.

To find understanding in a world of confusion, click here.